Try out the new Huddersfield café

A unique health food restaurant aimed at gym-goers has been launched in Huddersfield.

pREP, which is in Southgate in the town centre, mainly specialises in pre-made meals, which are made-to-order on either a weekly or monthly basis.

As part of its sit-in service, it also offers healthy lunches such as sandwiches, salad boxes, jerk burgers and chargrilled chicken kebabs.

Its grub has proved wildly popular, with Coronation Street actor Colson Smith even a fan.

The new restaurant is the latest project for chef Lashaun Pryce, who has appeared on TV show ‘The F Word’ with celebrity chef Gordon Ramsay. 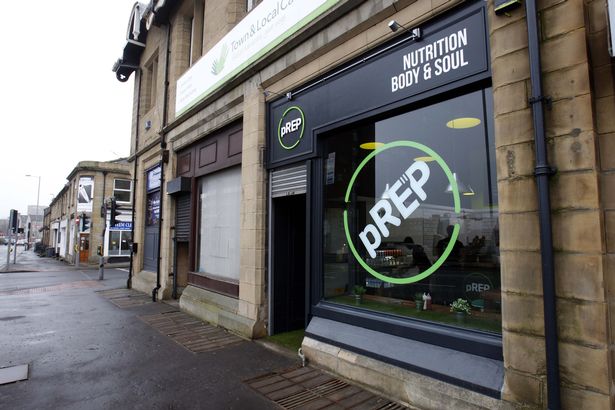 The business is a partnership between Lashaun, Scott Hufton, owner of Owen Scott Bespoke Tailors in Huddersfield, and Ben Bamforth, a personal trainer and owner of The Unit Fitness gym, in Honley.

Lashaun, 28, said: “I started the business at home myself. Last year, I put my best friend and his partner on my meal plans and they lost two stone each in the two months before their wedding.

“Then Ben had a client on the exact same exercise regime as his own, but he was eating my meals and getting better results than his client. He thought ‘I need to invest in this as a company.’

“It sounds ridiculous, but if you are eating right you don’t need to do much in the gym.”

Colson Smith, who plays Craig Tinker in Coronation Street and who lost three-and-a-half stone last year for the role, has been spotted in the restaurant.

Meals costs around £25 per week or £90 per month. The freshly-made boxes can be collected from the restaurant on Sundays and Wednesdays and reheated at home.